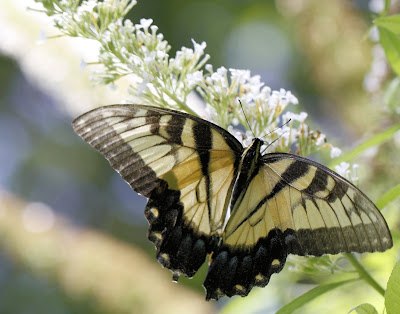 There's a reason why the popular name for "buddleia" is "butterfly bush". Ours is constantly covered with a host of happy butterflies!! 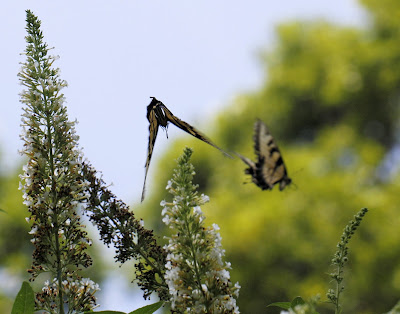 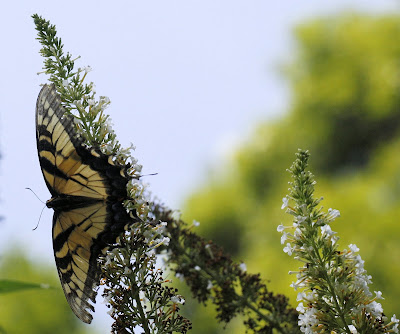 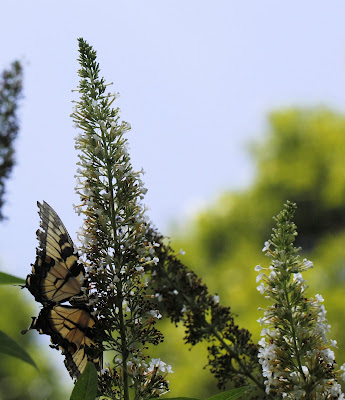 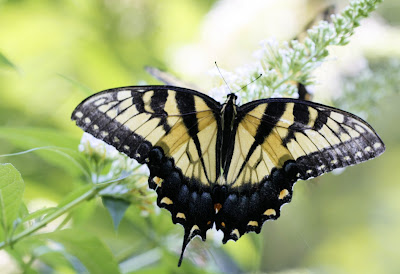 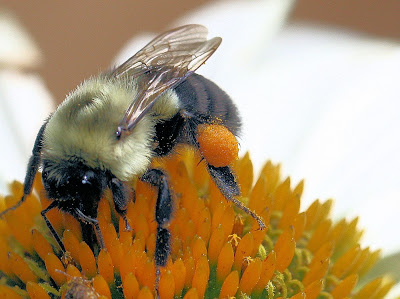 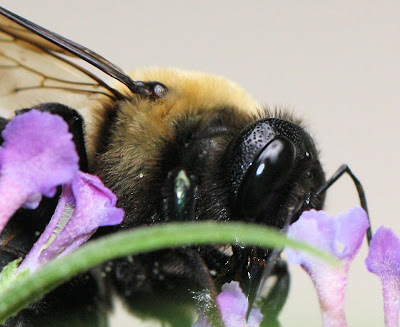 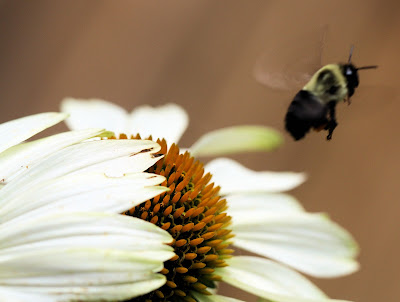 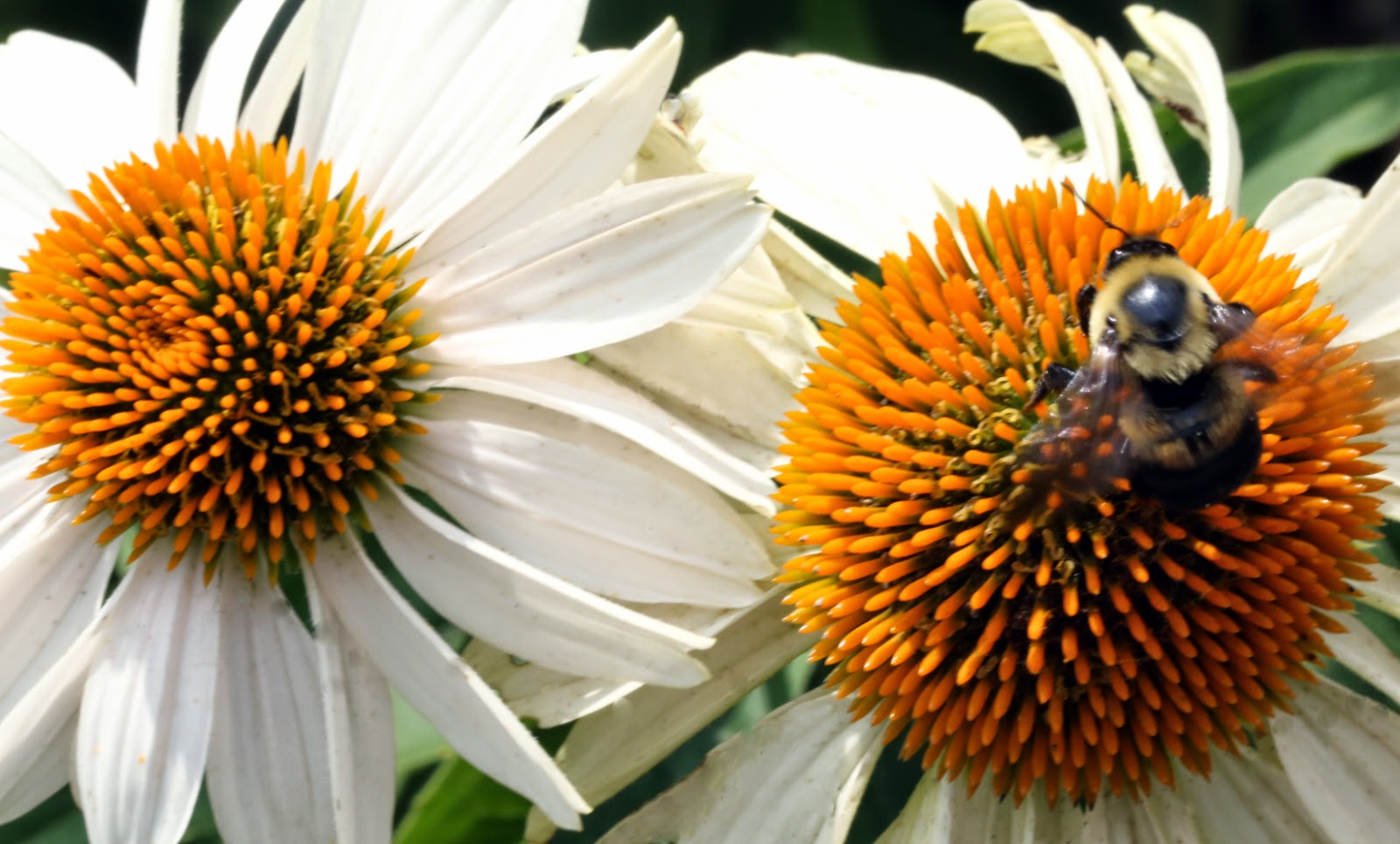 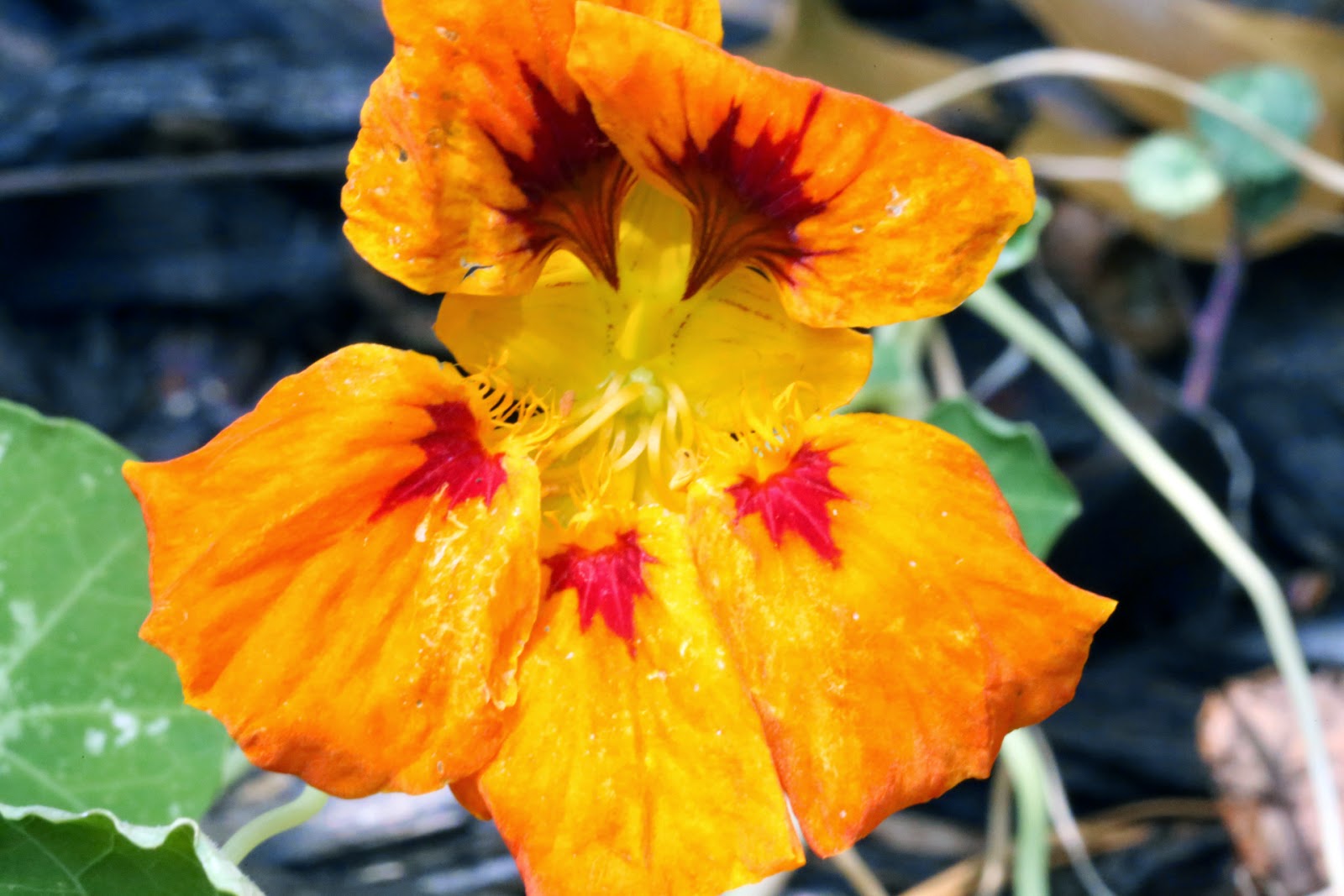 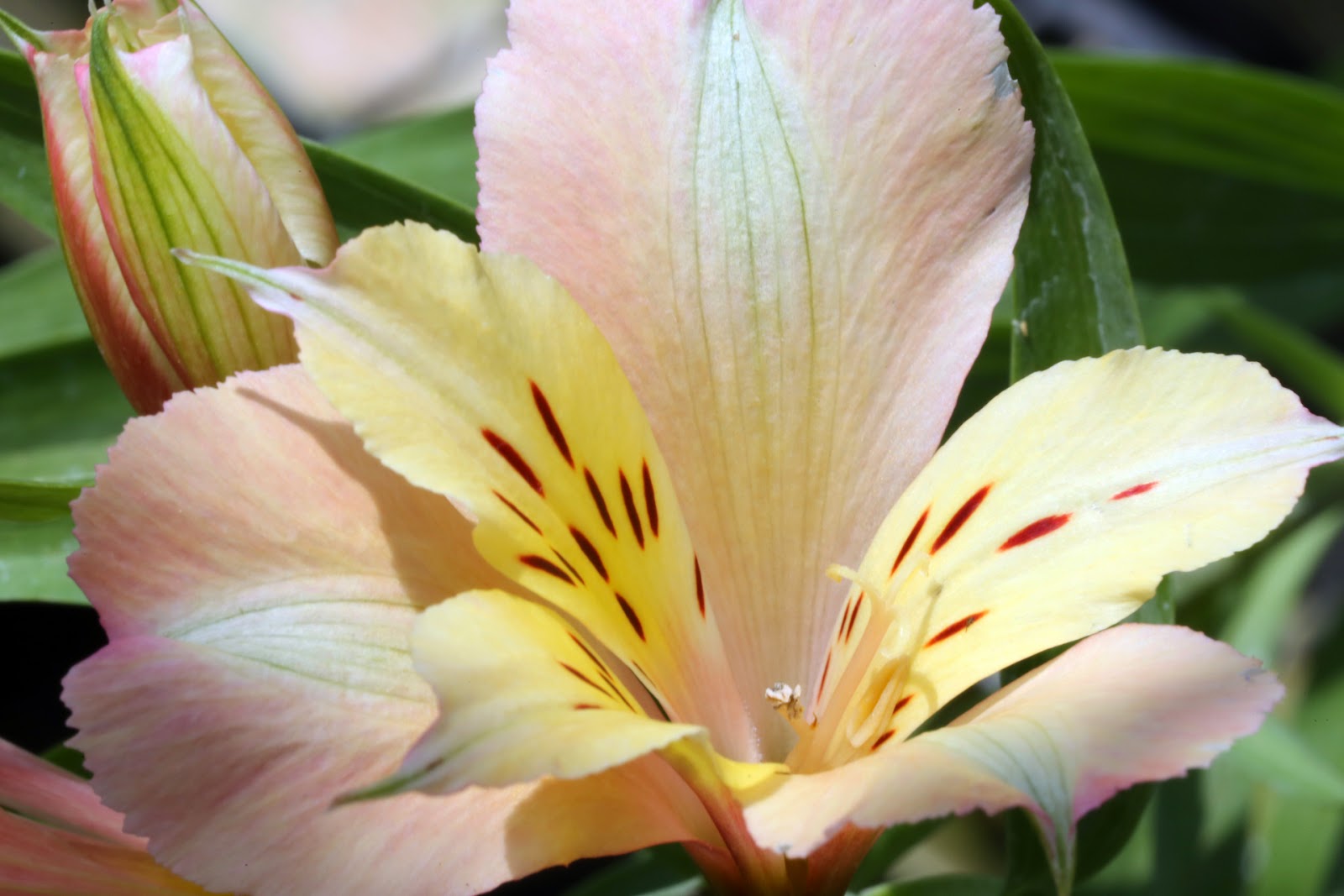 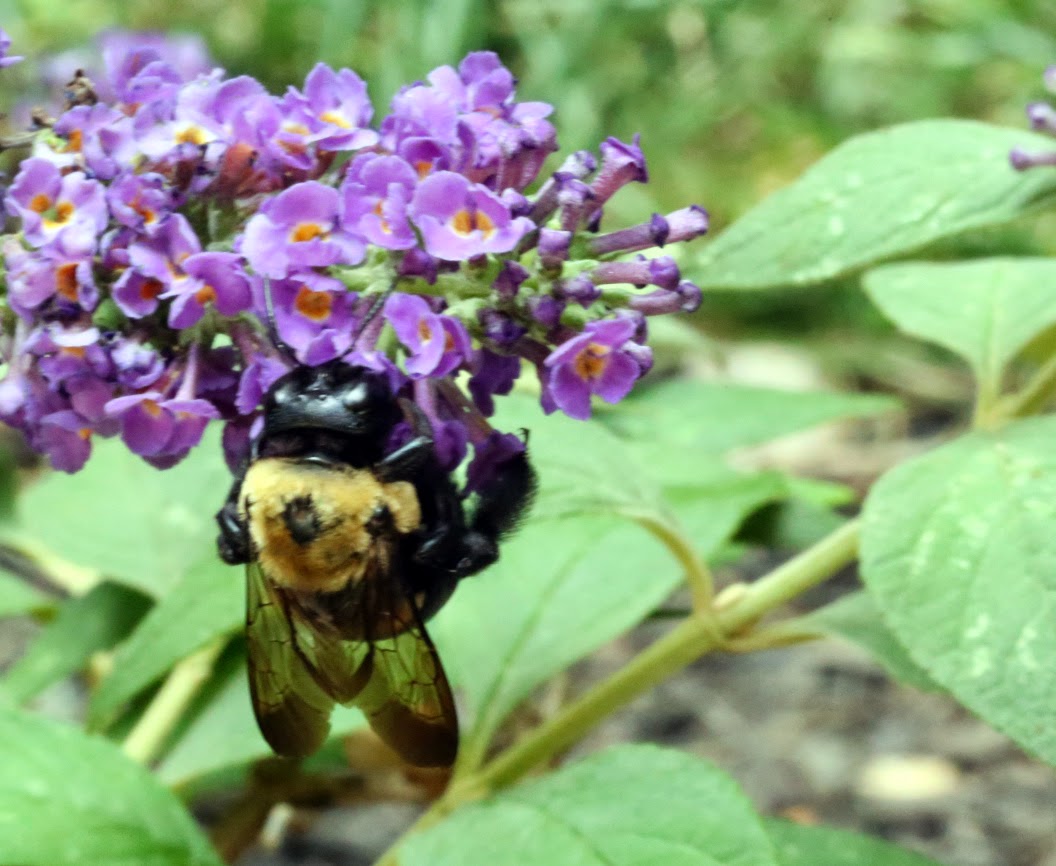 
This post is a "rerun" from a few years ago, but it warmed my heart then and still does today. I'm sharing it in hopes that you'll find it does the same for you. 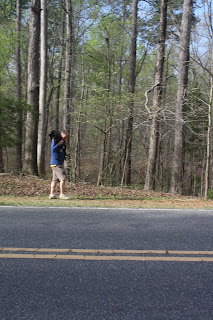 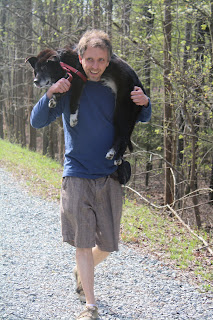 Today as I was driving home from the market, I noticed a man walking along the road. He was stooped a bit under the burden of a large dog draped over his shoulders. The only explanation I could come up with was that he'd found this dog ill or injured and was taking him somewhere for medical assistance.

We were on a lesser-traveled road, and I couldn't help but pull alongside him to see if he needed help. He said they were fine: he was just taking his dog - who was quite old - for a walk.

As it happens, his dog has been a loyal friend for 17 years, and so this man was showing love and loyalty in return.


I've seen many acts of kindness through the years, but this one lit up my heart today. I hope it gives you a warm feeling as well! 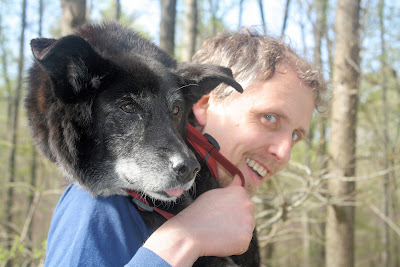 Money will buy you a fine dog, but only love can make it wag it's tail. – Richard Friedman

Wordless (with commentary) in Beaufort NC

Recently a friend and I went to Beaufort in hopes of having a day on the water... first on a boat and later in the ocean. The winds were so strong that all the boats stayed docked, so we shopped, ate, and visited the historic cemetery. 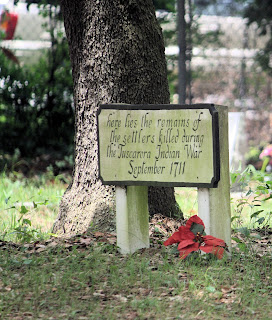 Although I'd visited there before, this was the first time we had a tour guide giving us the history of the cemetery and some of those interred there. In previous visits, I'd wondered about the area distinguished only by this sign, and our guide was able to shed some light for me.

The Tuscorora - known to be a peaceable people - were being killed off by disease brought in by European settlers. Eventually a contingent of Tuscorora rose up against those who brought this disease and death, and approximately 150 settlers who died as a result are buried in this mass grave at the historic Beaufort NC Cemetery. Many of the bodies interred there show evidence of tomahawk wounds thought to have been inflicted by the Tuscorora. The identities of those buried there are not known. 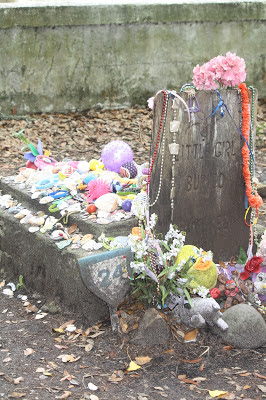 Perhaps the most well-known gravesites in that cemetery is that of LITTLE GIRL BURIED IN RUM KEG. I was able to learn a bit more of her legend this time.

As the legend goes... The little girl had long wanted to travel overseas to England to visit family, but her mother objected, saying she was too young. Finally the mother agreed to allow the child to accompany her father on the condition that he promise to bring her back home.

The visit went well, but on the journey home, the little girl contracted a fever and died. At the time, it was typical for those who died while crossing the Atlantic to be buried at sea, but the father was determined to keep his promise. To prevent her body from decaying, he placed his daughter in a keg of rum, which was buried at this site. Visitors frequently leave trinkets at her grave. 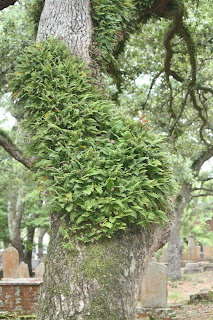 Although I'd visited here before, I'd never had the opportunity to see resurrection fern in its full glory.

Resurrection fern, or Polypodium polypodioides, is anything but "glorious" in dry periods. During dry spells, the fern, which grows attached to the bark of the live oak trees found throughout Beaufort cemetery, dries up, turns brown, and looks quite dead... if you even notice it at all. To quote Wikipedia, "When the fronds 'dry', they curl with their bottom sides upwards. In this way, they can rehydrate the quickest when rain comes, as most of the water is absorbed on the underside of the leaf blades. Experiments have shown that they can lose almost all their free water--up to 97%--and remain alive, though more typically they only lose around 76% in dry spells. For comparison, most other plants would die after losing only 8-12%. This fern can lose almost all the water not hydrating the cells in its leaves and survive." 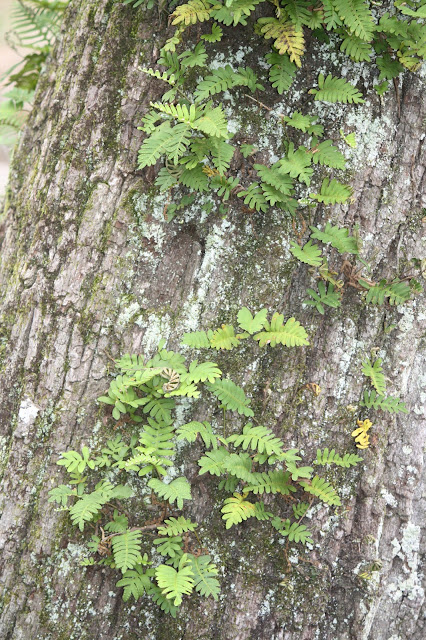