In order to visit Bethlehem and Nazareth, it is necessary to travel behind the Israeli West Bank Wall. The wall is a separation barrier in the West Bank. Israel considers it a security barrier against terrorism, while Palestinians call it a racial segregation or apartheid wall. It is 440 miles long and 26 feet high, and it is highly controversial. Although Israel maintains it is necessary in order to reduce terrorism, the International Court of Justice found the barrier to be a violation of international law, and the United Nations General Assembly adopted a resolution that condemned the barrier by a vote of 150-6 with 10 abstentions.

This situation was one of the things I think I will not be able to fully understand as a Westerner visiting the Holy Land. 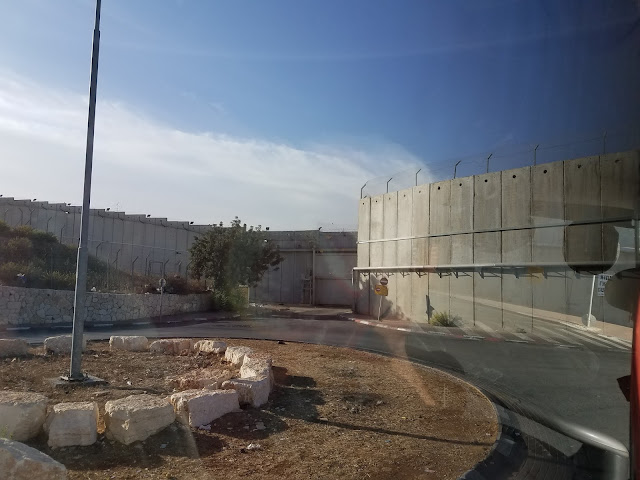 While another guard inspected our bus and questioned our driver and guide, this fellow looked like he was having a bit of a break. 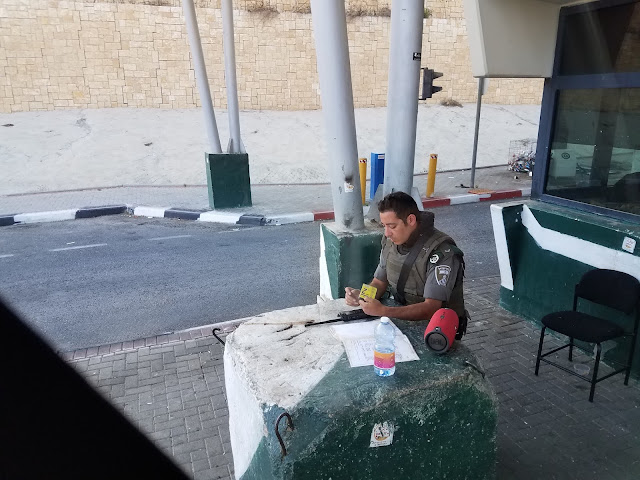 The only time I felt uneasy in Israel was when we were behind the West Bank Wall. If nothing else made me doubt that there could be peace in the Middle East during my lifetime, this did. And although the iron gate below has nothing to do with the barrier enclosing this portion of the West Bank, it expressed the feeling I had until we emerged from the other side of the partition. 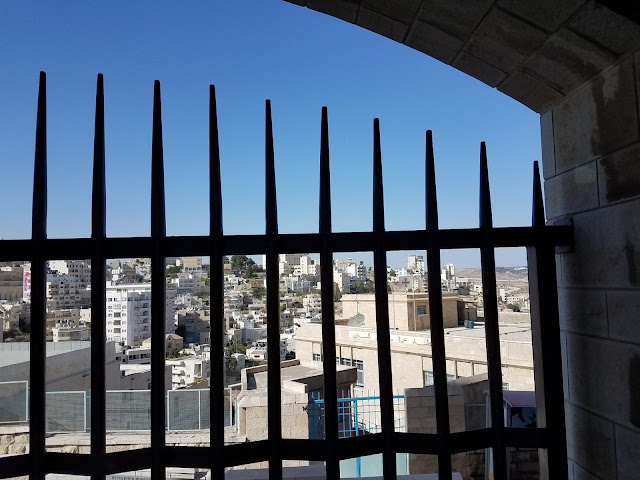