Warning - this is NOT a "wordless Wednesday"!

The Vanderbilt family was one of the wealthiest families in the U.S. at the turn of the 20th century. Although originally from New York, George Vanderbilt purchased 125,000 acres of land in the Blue Ridge mountains of North Carolina over the course of several years. The land was almost totally stripped of trees and had been severely over-farmed so that the once fertile mountain soil was depleted. Although the thought of purchasing that much land seems staggering, Mr. Vanderbilt was able to purchase this property at an average cost of 19 cents per acre because the land was in such poor condition.

He hired workmen to build a magnificent home for himself, his wife Edith, and their daughter Cornelia. He officially opened the Biltmore House in 1895, and it remains the largest privately owned residence in the United States even today.

Mr. Vanderbilt hired Frederick Law Olmsted, the landscape architect who designed New York's Central Park, and over the next few years, over 6 million trees were planted. The estate became - and remains - a working farm, and the Vanderbilts introduced the concept of crop rotation to the state of North Carolina.

Mr. Vanderbilt decided to sell the federal government 8700 acres of land with the proviso that this land not be developed but rather preserved. He died of complications of appendicitis before he could conclude this arrangement, but his wife carried out his wishes. This acreage became the nucleus of the Pisgah National Forest.

The estate is bisected by the French Broad River, with roughly 4000 acres of working farm and 4000 acres of house, gardens, ponds, hiking trails, and beautifully landscaped rolling hills. The farming area contains 9 acres of solar fields which generate more than 15% of the estate's energy needs. Canola grown on the farm is used to produce cooking oil for restaurants found on the estate. They have an active recycling program of cardboard, plastic, glass, paper, and metal as well as wine corks. There is a winery on the estate, and the Biltmore label is widely respected. Eggs as well as meat from cattle and sheep raised on the estate are served in the restaurants there, and the food is outstanding. 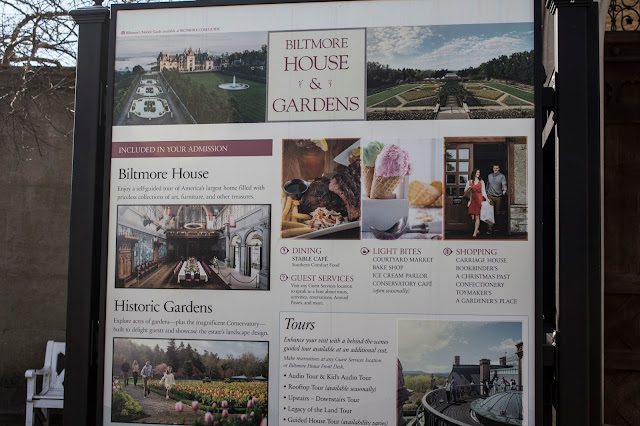 There was construction going on in front of the estate when we visited, so it was difficult to capture a photograph which gives a true impression of the size of the house, but if the basement and 4 floors were laid out flat, there would be 4 acres of floor space. There are more than 150 bedrooms, 60 or so fireplaces, a bowling alley, and an indoor pool. 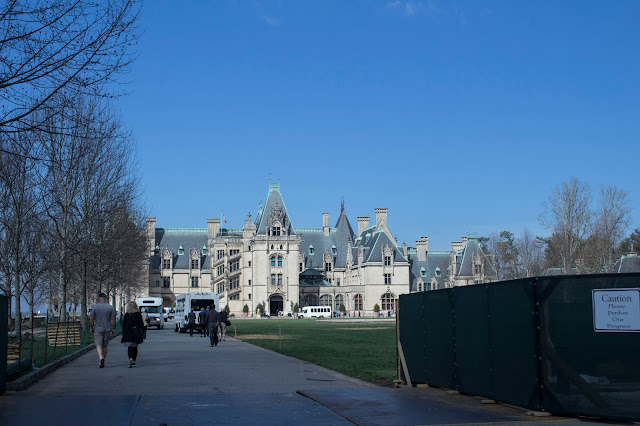 The house is full of lovely architectural details both inside and out, and the view from the house of the Blue Ridge mountains is absolutely beautiful. 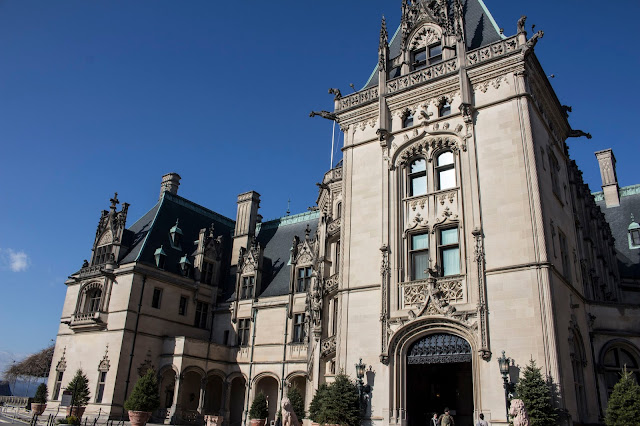 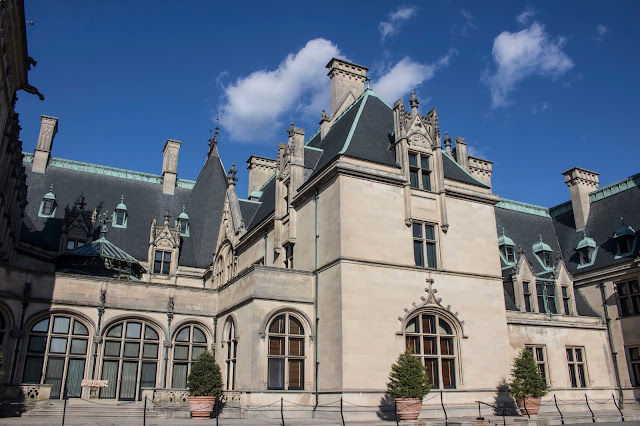 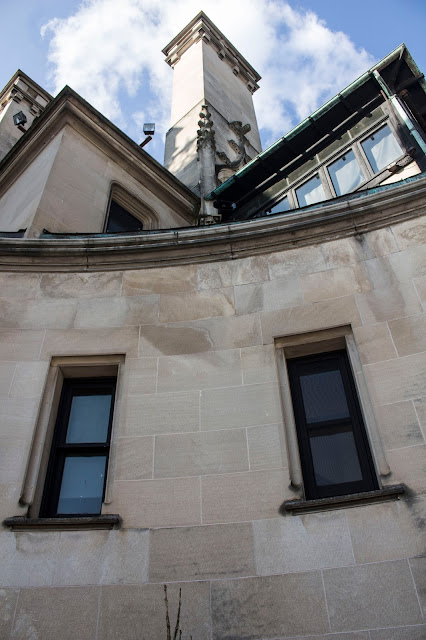 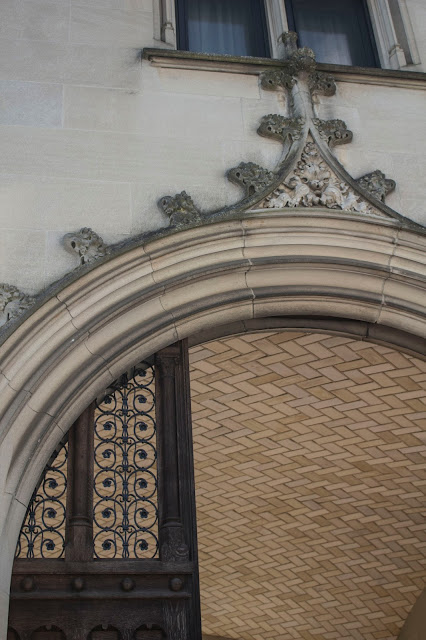 The home was opened to the public in 1930 in an effort to increase area tourism during the Depression and to generate the funds required to maintain the estate. It remains a family business, with the 5th generation of Biltmore Vanderbilts actively involved in ensuring the smooth operation of the estate.

You've seen a bit of the outside, but please tune in next week for a view of some of the interior. It's truly an amazing place.