I''ll never be a cotton farmer!

I'd seen cotton plants when they were ready to harvest, but had never seen what the flower looks like. So I ordered some seeds from Amazon (you can get nearly ANYTHING from Amazon!) Unfortunately I planted them rather late, but was pleased when I finally had blooms:

Unfortunately, I had planted them late in the season, and when the temps dropped, I realized that the only way I'd see the cotton bolls burst forth is by bringing my two plants inside. 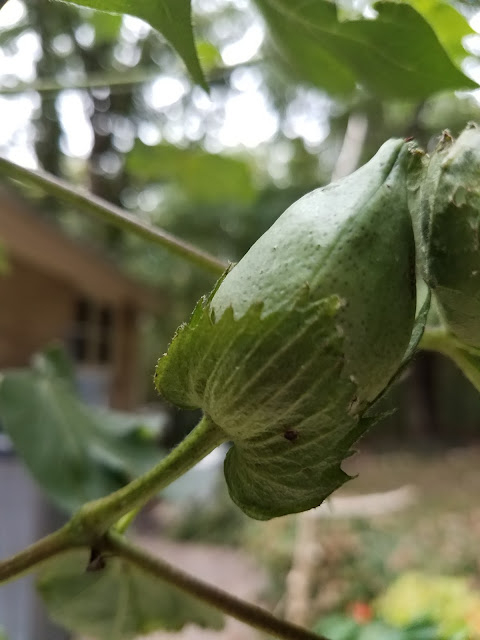 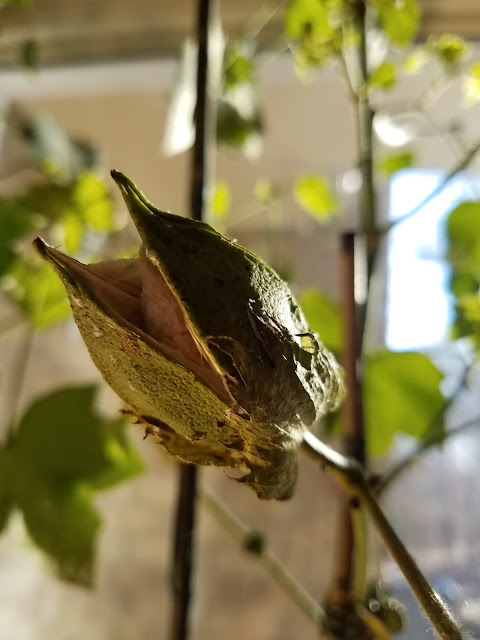 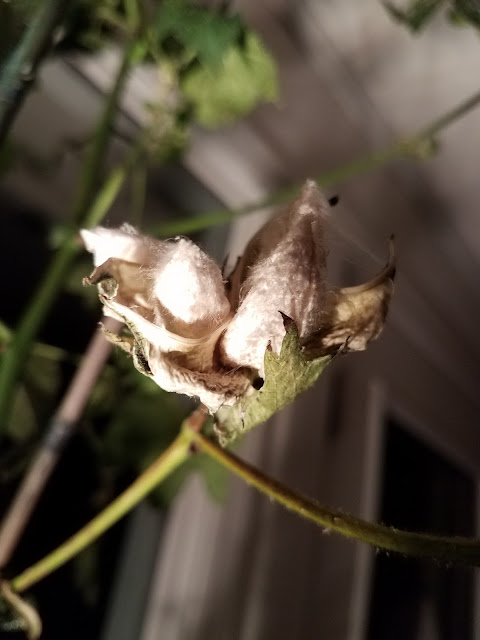 So I've learned that although I'm not likely to become a cotton farmer, I still enjoyed watching the process. I have a few seeds left and think I'll plant them earlier in the season next year!