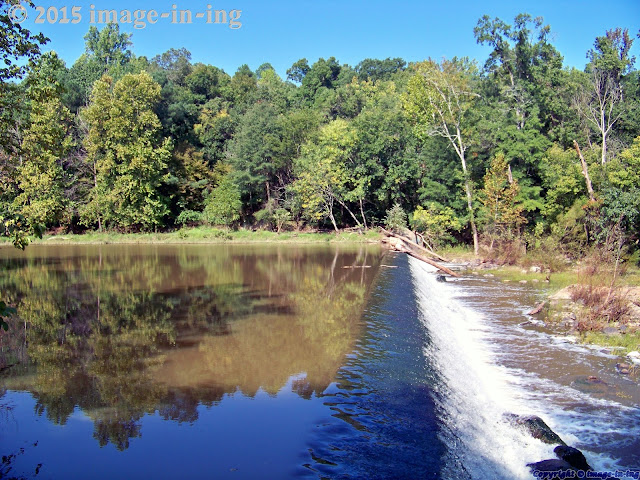 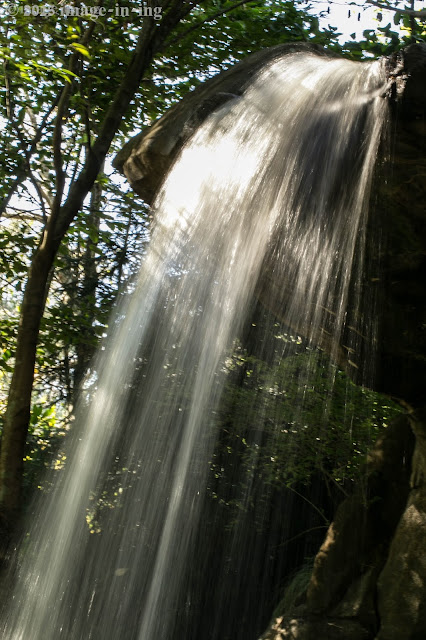 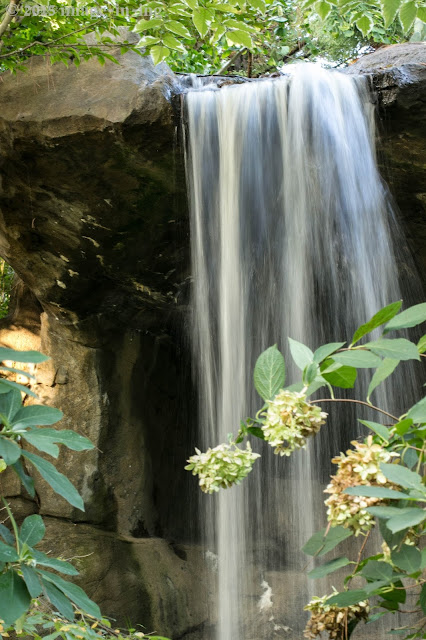 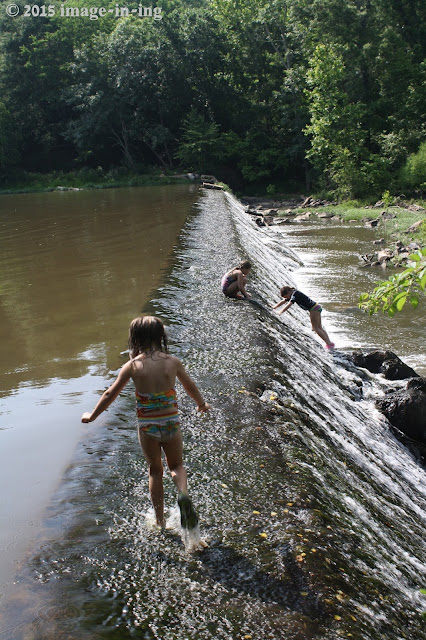 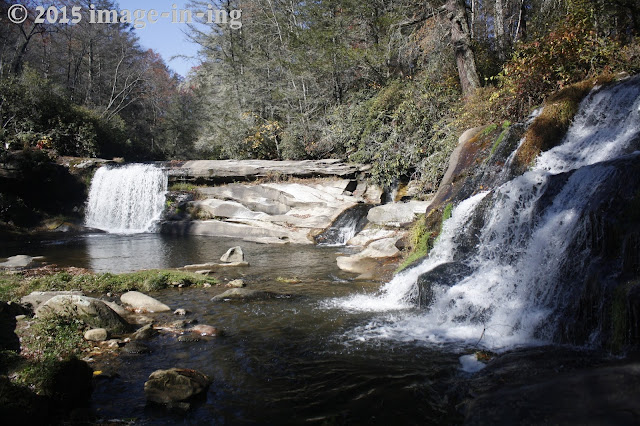 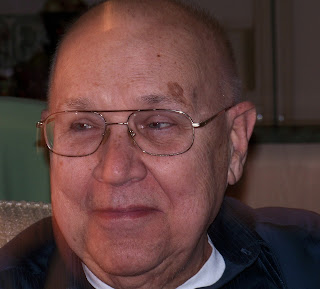 This is not a "wordless" post... this week's Wordless Wednesday (on Tuesday) can be found just above this one. But I ran into some Wordless posts in which folks shared photos of their Father's Day celebrations. I'm no longer able to do that; my dad died 4 years ago. But I did want to remember him here in the words of the eulogy I wrote for him at the time.
I miss you, Dad!


When Dad fell and broke his hip in December, no one could have predicted the pace of his decline over the course of two short months. Even the events of those next few hours were unexpected. Within less than 24 hours of his fall, he had been transferred from Foulkeways to the emergency room, then to a hospital room, and from there to the intensive care unit.
When I arrived within hours of his transfer to ICU, I found him regaling staff and visitors alike with his legendary gift of gab. He was cracking jokes, and the room was full of laughter. This will hardly surprise those who knew and loved him.
Dad taught me the importance of humor.
My father was loyal to a fault. He had many friendships that had lasted 5 or 6 decades, and he continued to make friends easily until shortly before his death. I’m privileged to count some of his more recent Foulkeways friends among my own. Jack, Else, Janet, Micky… Dad loved you, and so do I.
Dad taught me the importance of friendship.
My dad could also hold things close to his vest. I was surprised to discover that he was embarrassed to tell his most recent friends that he had been married three times. So I’m letting the secret out now. 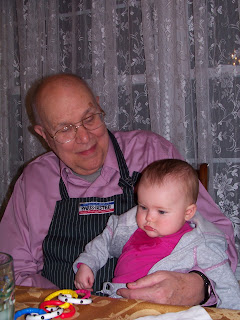 My mother, Pat, was his first wife, and I was their first child. We lived in a rambling old house in Fairview Village with my grandparents. For half the year, my great-grandmother would stay with us as well.
This was a wonderful way to learn about the importance of family.
My sister, Meg, was born when I was 6, and our mom died suddenly of meningitis just 3 months later. With the help of my grandparents, my dad took on the task of raising 2 young daughters. He later married Elsie, our stepmother, and they remained together until her death from cancer some 2 decades later. Dad was a faithful husband to both Pat and Elsie throughout the years they had together.
By his example, he taught me a lot about marriage. 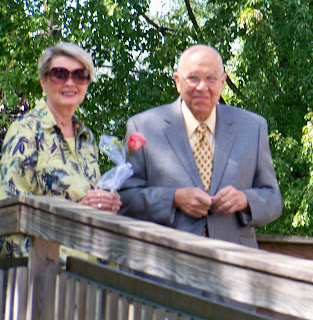 Dad later married Maripat, who was a treasured addition to our family. As you know, Maripat meant the world to my dad. When her life was threatened by lung damage caused by a heart defect, Dad became fiercely protective of her. She faced her illness with tremendous dignity and courage. Between the two of them, they overcame tremendous odds, including months of hospitalization following her double lung transplant.
Dad and Maripat taught me a lot about genuine devotion.
Dad never recovered from the loss of Maripat in November 2009. He wanted nothing more than to be reunited with her. The urn you see before you is proof of that. Dad asked me to ensure that, upon his death, their ashes would be mixed together so that they could never be separated again.
Dad taught me a lot about enduring love.
I don’t mean to imply that my dad was perfect. Dad was no saint, and neither am I. But over the course of the past 5 years or so, my dad and I have grown progressively closer. Having a good relationship has been something that we've both made a priority. We could have "bumped heads" - believe me. (We certainly did that often enough when I was younger!) But we've had the good fortune to get to know, love, and respect each other as independent adults who swim in the same gene pool. Over the course of the past year especially, we became much more than “father and daughter”. We became close friends.
We've known, of course, that at some point, one of us would be left behind. That hasn’t always been easy, but I've been there when he's needed me and supported his decisions 100%. And he certainly tried to make things as easy as possible for me. Just one goofy example: as I searched for some of the things I knew we'd be needing in the near future, I found that he'd even written his obituary, for heaven's sake!
Dad always “knew his own mind”. He valued his independence but, nevertheless, Dad has had to rely on me more and more over the past year or so. It's been an odd transition in some ways. As a kid, I thought he was invincible. He was a big man, tall, and strong. I remember him climbing hundreds of feet in the air to work on his ham radio antenna. He was one of the most intelligent and inquisitive men I’ve ever known, and he taught me a lot. It has felt strange for him to begin to relinquish some of his responsibilities to me and to sometimes rely on me for advice. It seemed somehow backwards from the ways things were supposed to be.
It's been interesting to see our relationship change.
Over the course of these last few months, Dad worked hard to try to regain his independence. But [on February 17], he finally decided it was time to make the transition to hospice care. I supported his decision. I was given the opportunity to tell him how much I loved him, how much I would miss him. And many of the people he loved most in this world had the opportunity to do the same. Treasured memories were shared around his bedside. And as peculiar as this may sound, there were moments of great joy. At one point, after a day filled with visitors and laughter, Dad said to me, “Today was exhilarating. It’s a shame that some people die of a heart attack and don’t have this opportunity.”
For well over a year after Maripat’s death, my father would say, “I can’t talk about her without crying”, and it was the truth. The funny thing is, once he decided to enter hospice, there were no more tears. He had every confidence that he would soon rejoin her. The sorrow I feel about losing my father is selfish. I believe he is now at peace.
I mentioned that I discovered that Dad had written his obituary. In the same envelope, he had left a letter for Maripat and one for the three of us – Maripat, my sister, and myself. From the second of those, I leave you with a final thought from Dad:
And now, at this time of parting, it is time for me to hope that our love is strong enough for you to let me go. I would be pleased if you would hold onto the memories of the times we shared together, but only if you hold those memories happily. It would sadden me to think of you holding onto any memories which would bring you any pain or unhappiness… I have an abiding faith in God and a hereafter in which I hope we may be together again.
13 comments: