Not all that far from Jerusalem, the terrain changed mightily. Soon we were in the desert where, even in October, the heat was impressive. We were headed toward the Jordan River, straight through Bedouin country. And for miles, we saw what our guide referred to as "no man's land"... a strip of desert surrounded by barbed wire to prevent the unwary traveler from stumbling into territory planted with land mines.

Although we were going to the Jordan River to remember our baptism and to renew our baptismal vows, we knew that we would not be visiting the actual site where Jesus was baptized by St. John the Baptist. According to this CNN article, there are several churches where Christians of one denomination or another believe this event took place, but the land around them is peppered with land mines. An organization called HALO, based in England, is trying to clear them... or at least enough of them to enable pilgrims to visit there. 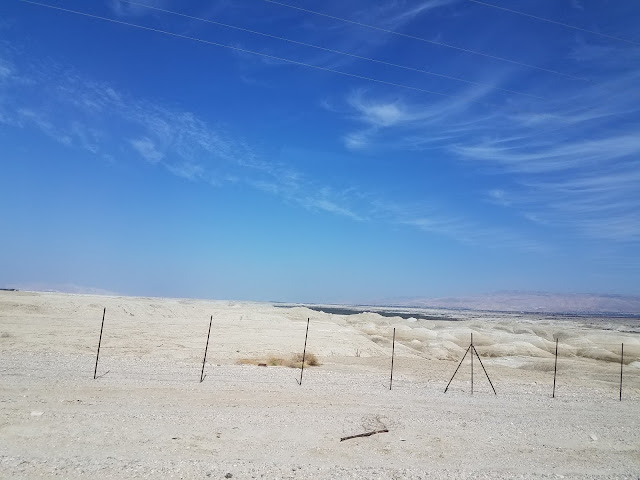 The mined desert seemed to go on forever; indeed this article from The Jerusalem Post indicates that "92 million sq.m. of Israeli territory" is mined. The mines were placed by Israel and by the PLO, many at the time of the Six Day War in 1967. This war was fought between Israel and the neighboring states of Egypt, Jordan, and Syria.

The history of Israel - whether viewed from a religious or a secular perspective - is complex, and I don't have enough time left on earth to truly understand it. But one thing that "no man's land" brought home to me clearly: 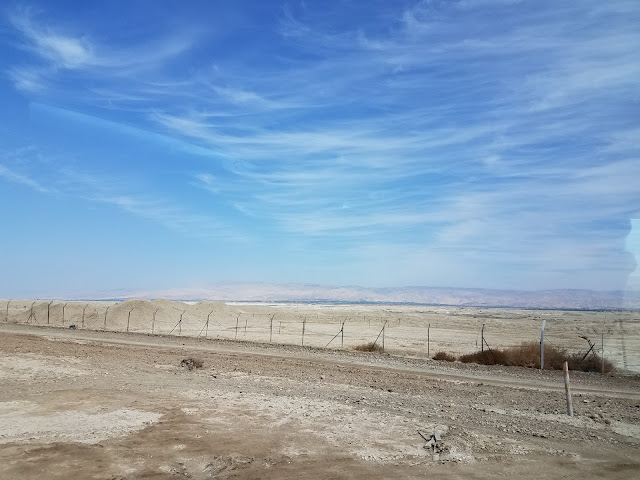 Miracles still happen in Israel, however. Although in "a barren desert", we saw large date plantations along some portions of our route. How they grow... where they get the water... is a mystery to me. 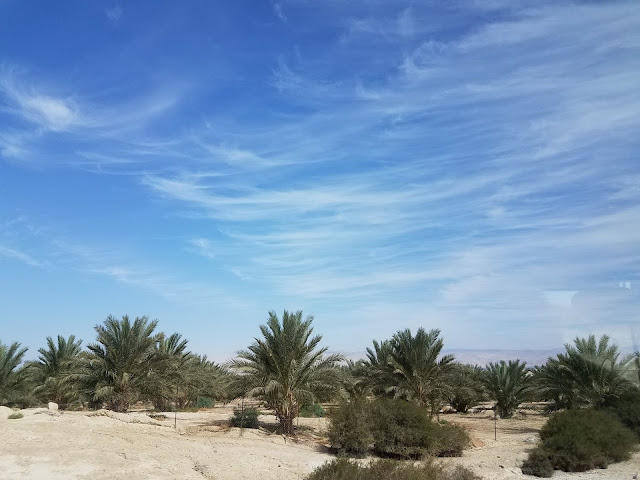 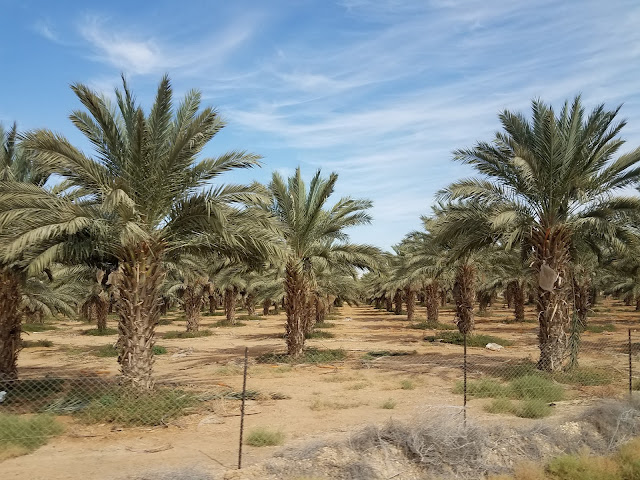